Ok this title is very catchy, and in some parts it’s also right. A date, yes it was a date. We were in Prague and also in Dresden. But let’s start at the very beginning.

Saturday at 2am we very at the Airport, because our plane started at 6:30am and you know me, I’m german, I like to be in time. We’ve choosen this time, because we won’t have another possibility to arrive the airport later while it’s closed – there won’t be a train to the airport. So we were sitting inside Mc Donalds and waiting until the security will open the gates. At 4am we could move through security and then waiting at the gate for the plane. By the way, it wasn’t a Dash :D. It was a short flight, little bit bumpy and really foggy.

Arrived at airport Karlovy Vary in Prague we were standing in a lot of fog, but hey, the captain told us “it will be a little bit foggy”. So we drove by bus and metro to the center. Prague isn’t this huge like Moscow, so the way’s are short. First stop for us was “Vyšehrad”, one of the castles of Prague, what gives by the way a great view over Prague.

At high noon we were starting to search the hotel in the center of Prague. The NYX Hotel, pretty close to “Hlavní Nádraží” the Prague main station is really cool. After check in we wanted to go to the Charles Bridge, one of the monuments of Prague. The evening we ended inside the Hard Rock Cafe Prague. It’s one of the moments when you think, why I’m doing it, but in the same moment you know – Ah mama wanted to get some stuff there. After that we just go back to the hotel and sleep. Plan for the next day – short stop in Dresden.

Dresden for us, just like a short stop. We was at Sunday in Germany and as everyone know, Sunday is Germany nearly closed. So we visited the opera house, churches and the Albertinum. It’s the gallery where you can see some photos inside this article. For me the most impressive point while visiting Dresden – except the train drive.

Back in Prague we were hungry and decided to visit a real Czech pub. This means Pilsner Urquell and Becherovka. I can tell you, it was a funny evening :D.

On our last day we decided to eat outside on the streets. Bobble waffles salty with egg, ham and cheese. Was very delicious ;-). After visiting “Starý Královský Palác” – the royal palace – we were going slowly back to the metro station. In the evening of this day our plane to Düsseldorf was waiting.

Prague itself is a very cool destination, especially by culture and feeling but also architecture and monuments are impressive. To share this points together with my future wife is something I’m very thankful for. I can tell you, it wasn’t the last journey of us ;-). 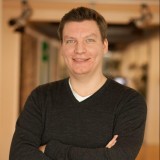 I'm Sascha, owner and author here at my own blog. If you want to know more about me and the things I usually do take a look in my "about me". Otherwise take a deeper look at my blogposts. Maybe you will find something interesting for you inside my live as SysOp, linux administrator and cloud engineer.

I’m Sascha, a guy from Germany round about 30 years and my profession is informatics technology. You want to find out more about me?

Take a look inside my website, or my vita.

My beloved wife, now it's exactly one year with yo

This was an awesome new experience to see a match

Thank you so much for this wonderful and beautiful

A great show, a great evening and a great singer w

This photo in Düsseldorf close to the Rhein 🥰

If you believe or not, I'm walking here in Moscow

Today it will be a really snowy, icy and windy lan

Any cookies that may not be particularly necessary for the website to function and is used specifically to collect user personal data via analytics, ads, other embedded contents are termed as non-necessary cookies. It is mandatory to procure user consent prior to running these cookies on your website.